Cloudriven was founded in the beginning of September 2012. We’ve enjoyed a year full of cheerful client meetings, prolific product development, creative ideation and hardworking customer service. To celebrate our birthday we gathered together some of the best successes and moments from our first year of activity. 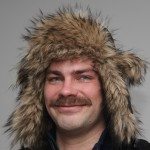 Jukka and his moustache

17.9.2012 the company name Cloudriven Ltd was accepted to the Finnish Register of Companies.

22.9.2012 Cloudriven became a Microsoft Gold Partner as an Independent Software Vendor (ISV). Later the name of the partner competency was changed to Application Development.

22.10.2012 Anu Nevalainen started as the Head of Customer Services. Since then our customer satisfaction has been excellent.

1.11.2012 Janne Haonperä started as the Marketing and Communications Manager. The amount of customer communication has multiplied since November.

In November Jukka and Janne collected 223 euros for charity with their Movember-moustache.

29.11.2012 Cloudriven’s first ever Customer Advisory Council was organized. Besides the important development matters discussed, we also tasted some good wines.

1.2.2013 we moved our office from the second to the first floor in Niittymäentie. We got more space, our own meeting room and a refrigerator.

In February Cloudriven received a grant from the Finnish Funding Agency for Technology and Innovation (Tekes) for the development of the Habit gamification system and the first steps of internationalization.

20.2.2013 Antero Törhönen started as Cloudriven’s Business Director. When a new employee joins our team, we usually raise a toast. This day was no exception. 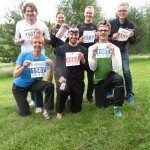 In April a new version of Virta CRM was released which further improved the performance of the system. Even 60 percent improvement in speed was measured in the performance tests.

17.6.2013 we experienced the biggest visitor peak in our website so far when we released news about our success in the Jukola relay.

In August the first Cloudriven Windows Phone application was released. CRM Call Tracker allows you to track phone calls and add memos in CRM with your mobile phone

Of course we’ve also carried out many successful deployments for our customers during the year! Read more about those in our customer references.

When we started the company in the Autumn 2012, we promised that the financial year of 2012 will be profitable and the cash flow positive. Our accountant has confirmed that we’ve kept our promise. Although the figures have not yet been audited, it seems that on H1/2013 the comparable revenue and profit continued to grow. This is a good starting point for this Autumn and next year.

The Best of Cloudriven’s 2nd Year of Operation
0 replies

Don’t Listen to Mumbo Jumbo ― Gamification Can Be a Profitable Inve... The Stingy CEO Opens His Wallet
Scroll to top