Hi. My name is Jose Curry. I mainly work with B2B CRM systems. My role there are two-sided: first of all, I work as a model for a CRM product called Vuolas. This product is manufactured by a company called Cloudriven. Our history goes back several years and has built into warm business-related relationship during all these years. My second role is to work as a CRM team leader. I could not live without a great, easy to use, simple and straightforward CRM system. I have found that the Vuolas product fulfills just those criteria for me and my team. It is built on top of Dynamics 365 and has lots of ready to use features just after installation, tailored directly towards B2B sales. That’s also something which I like about the system, it does not really require a full-blown project when it is deployed into use.

So Cloudriven guys asked me to join their Jukola relay team this year. The question came up quite quickly, only a week or so before the race but I decided to give this a try. I mean I don’t have much experience of orienteering. I know how to use compass, I know that north is upwards, south is downwards. How hard can it be?

My trip to Joensuu-Jukola started on Friday afternoon. I drove from Southern-Finland to Eno, a small town close to Joensuu where the Jukola relay was being held this year. In short, Jukola is an orienteering relay event that happens once a year somewhere in Finland. The place changes every year and it is one of the biggest summer events that there is in Finland.

This year there were altogether about 16 000 participants in Venla relay and Jukola relay. Venla relay is a team of four women and the start of the race is during the afternoon on Saturday. There are four legs in this relay, the distances between 5km to 8km. Jukola relay happens at night time which was one of the reasons I wanted to see all this. It is something magical. The start takes place at 11pm. on Saturday evening. There are seven legs in this relay, the distances varying from 8km to 15km. The first few legs are run in the darkness, depending from the speed of the team. As you probably know, in Finland, the sun barely goes down during the mid-summer during the night time. This year, the weather during the night was warm and clear skies so the start of the race was in very light conditions. 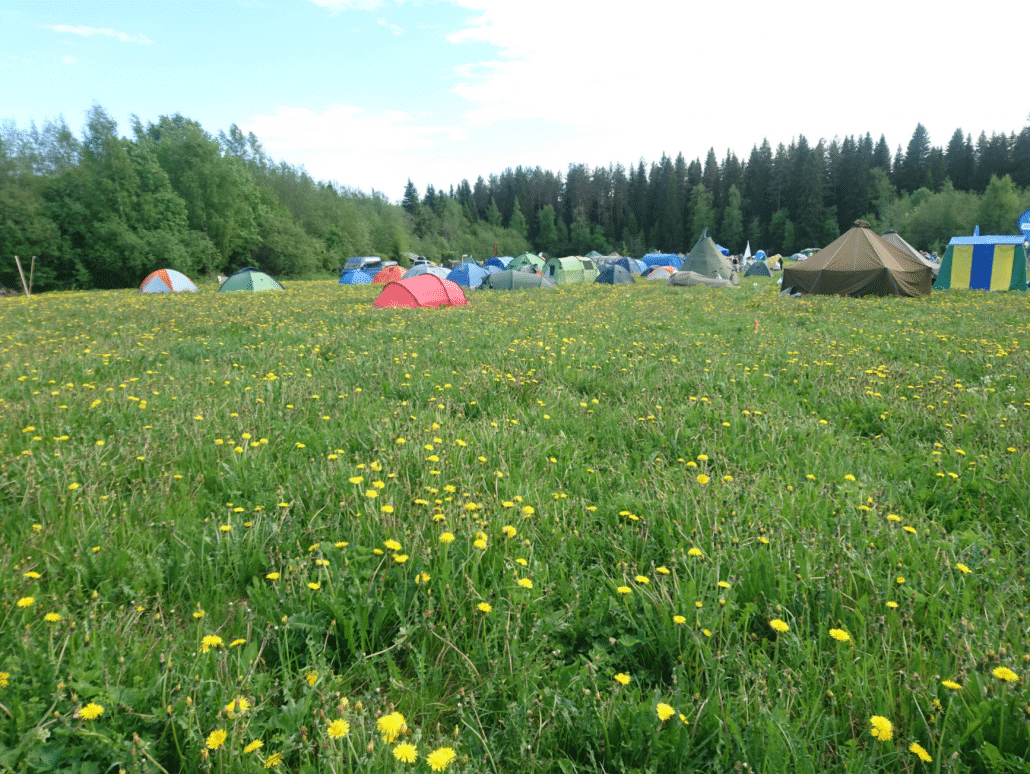 A few words about the town of Eno. I had never visited the town before but shortly after arriving there, I fell in love with the place. It is surrounded by beautiful lakes, there is a great nature right in the middle of the town, hills showing up in the skyline and very friendly people living there. So I warmly recommend you visiting this town when you travel around in Finland.

Then about the Cloudriven Jukola team. People around Cloudriven and also around the world know that there is something mystical in the team. The seven Cloudriven brothers are very much the kind that there are in the famous story written by Aleksis Kivi: strong, some of them talk a bit, some of them are quiet, have fights every now and then but it just makes them stronger together. They are anyways quite different from each other. Let me try to describe each of them in short and compare them to the seven brothers of Jukola. So here they are sorted by the age, from the oldest to the youngest:

Juhani: Matti Pitkänen, does not speak too much but let’s his strong acts show what he is made of. Ran the 2nd leg in Jukola relay this year. Some parts of the forest looked like this where Matti had run so this probably describes the brother the best: 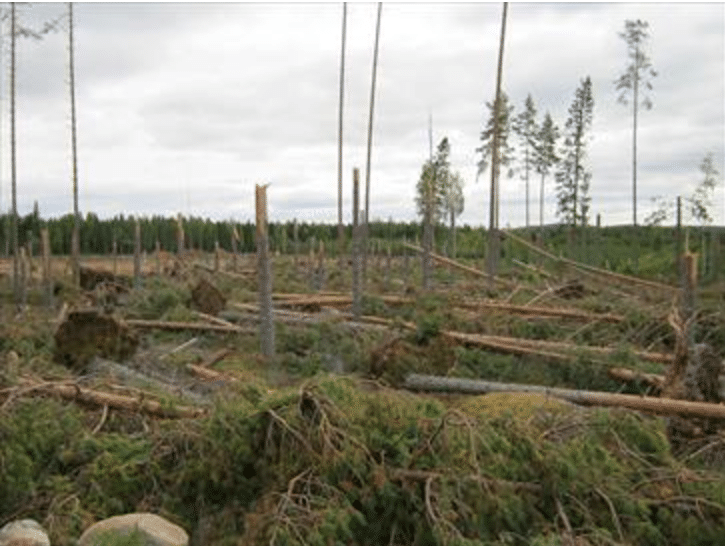 Tuomas: Tuomas Kesti, twin-brother of Aapo. Also quiet in person, and when he speaks, the voice is kind of like a bear coming up from his winter cave. So verbally he is not very talented and can barely write. He was only the fifth of the brothers to learn to read. He had the privilege to run the first leg of the Jukola-relay this year. He has told me quite detailed adventures about the first leg so I would have tons of stories to tell about his journey to the forest. But this would become too lengthy of a blog post if I would start telling those. So you must ask the man himself. He can be reached only by a landline phone, he does not carry any mobile devices and does not believe in the social media stuff. Probably this picture describes his attitude and thinking well enough: 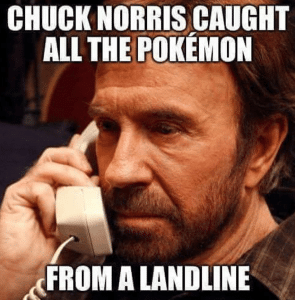 Aapo: Topias Tolonen, so he is a twin-brother of Tuomas of Jukola brothers. He is the tallest of the Cloudriven brothers and the third oldest. Topias can be described as clever-thinking, deliberative and cogent. He is a very strong runner and there are rumors that he will participate next year in the famous tio-mila relay, alone. Topias ran the sixth leg in the relay this year and he was the one who finally started the Cloudriven’s climb towards the high positions in the results. 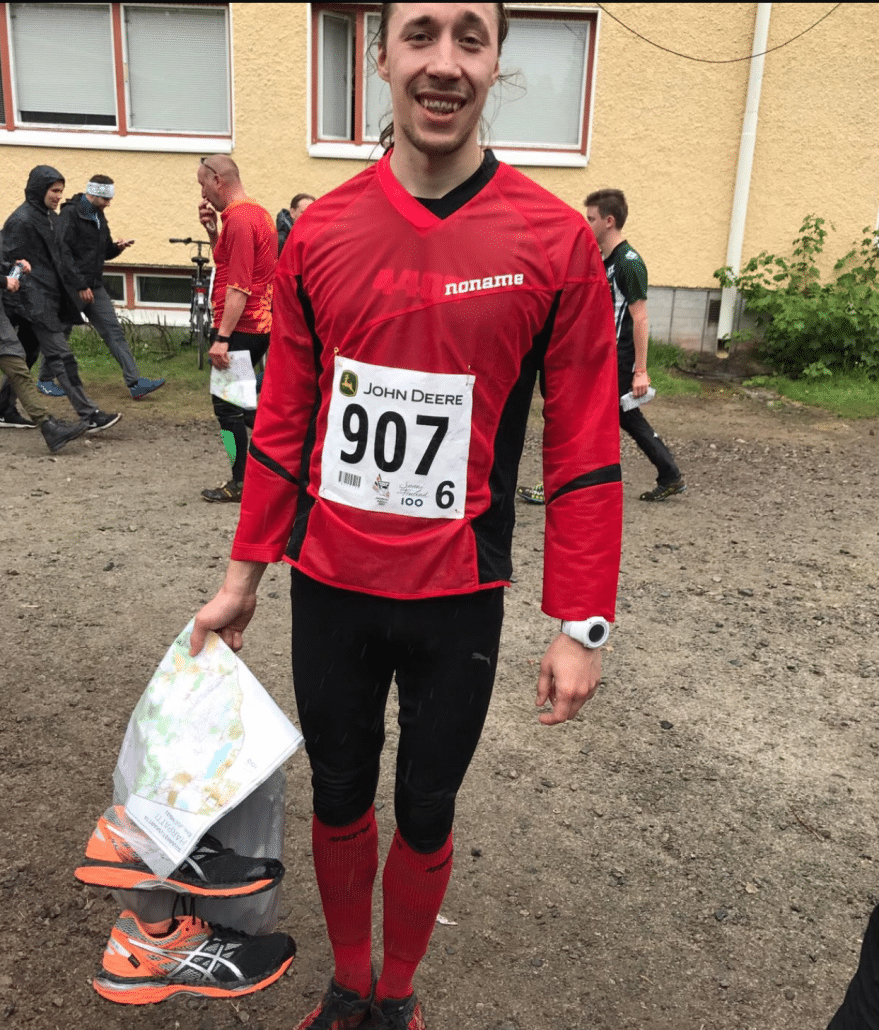 Simeoni: Antti Jokinen, he is the one of the seven brothers who takes care of their food and he can be trusted that there is always something to eat. He is also very much like Simeoni from the other aspects: he has a strong beard (the only from the brothers), his mindset is devoted and a bit stingy. From the seven brothers, he is the heaviest drinker. Antti ran the third leg this year and even though it was not very dark anymore at that time of the night, he got some great benefit of his night vision capabilities. People in the Espoo forests call him also the night-hawk.

So here they are, like brothers in the Dressmann commercial, guess who is Simeoni? 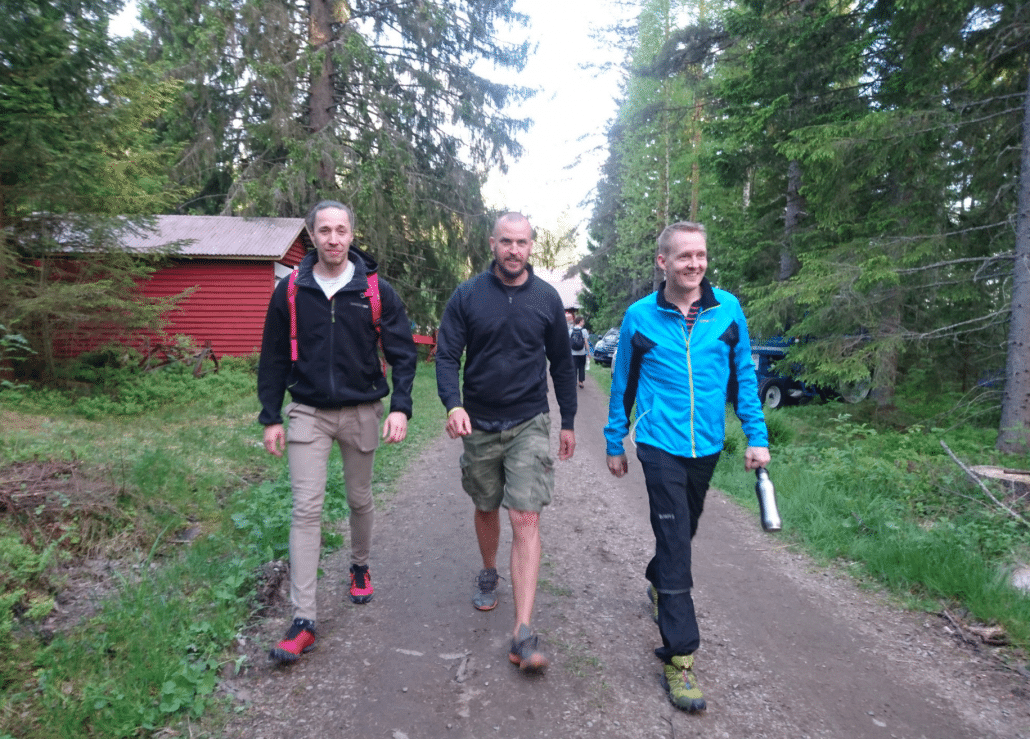 Timo: Mikko Roininen, he is very famous and succeeds in everything that he starts. Always in a good mood and happy, smiles a lot and takes care of the good spirit in the brotherhood. Mikko has always run the final seventh leg in the Jukola relay. He is the strongest runner in the team and has always made sure that Cloudriven team succeeds. It was no exception this year, Mikko did a huge run and confirmed the all-time-high position in the Cloudriven Jukola relay history. 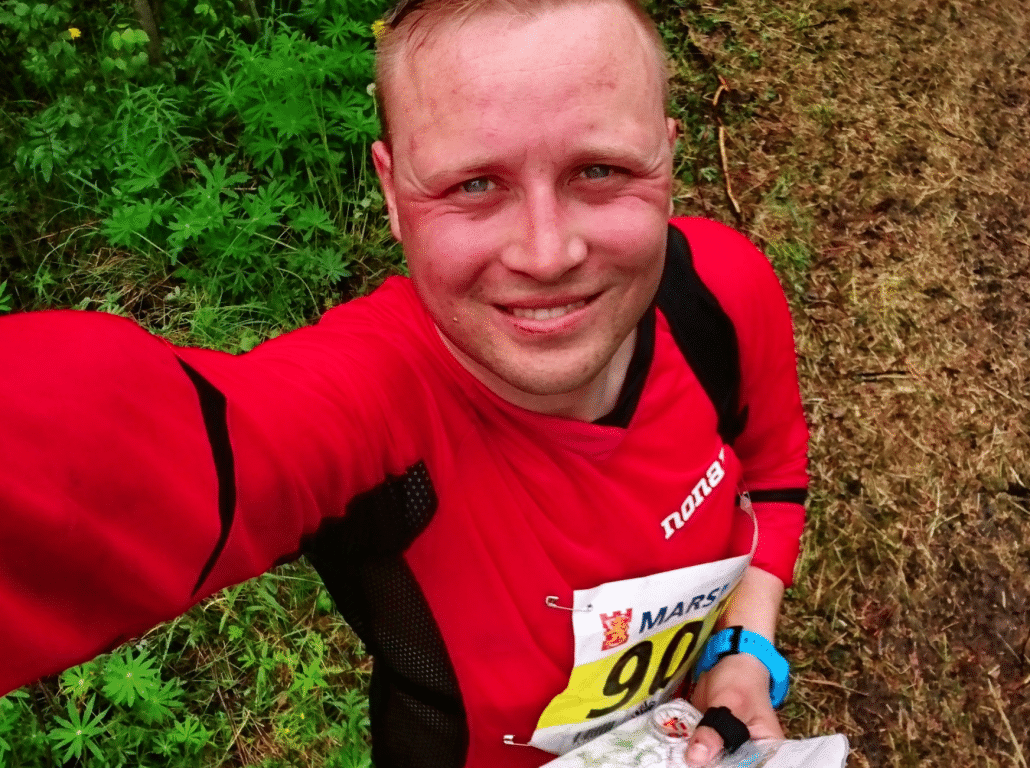 Lauri: Jukka Dr. Phil Koskenkanto, is an introvert, quiet, peculiar, an artist soul who likes to move away from the center happenings. He likes to do stuff by himself and go to forest for long time periods. Very similar to Aleksis Kivi’s Lauri. Jukka has always run either the fourth or the fifth leg (this year the fourth) in the Cloudriven Jukola history and by his trust-as-a-stone orienteering, he has made sure that no mistakes will lead into disqualification of the team. These legs are usually the ones where it is decided that whether there are chances to go higher in position or not. By making mistakes here, usually lots of teams will bypass your team in the results.

Here the Cloudriven’s Lauri is preparing for his fight with the Finnish forest this year right after waking up in the spiritual tent of Cloudriven team: 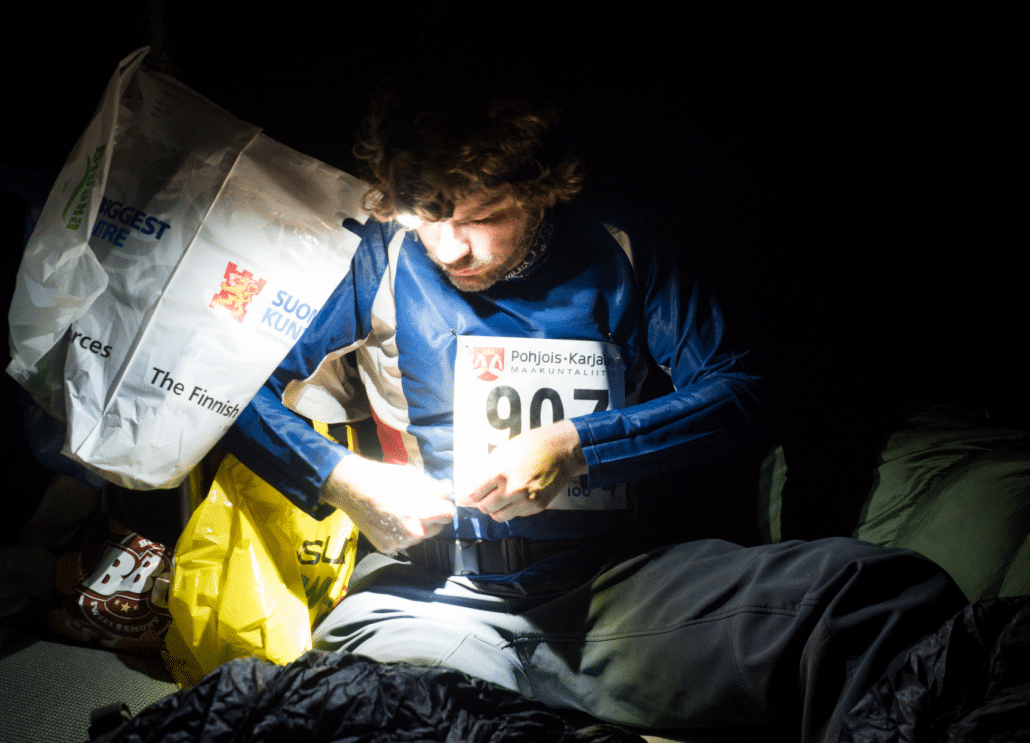 Well, it’s me then. The seventh brother this year. My Aleksis Kivi Jukola brother is Eero. I am the shortest of the brothers. Eero is described as lively, fast-thinking, intelligent, the one who likes to do practical jokes for his brothers and because of that, his brothers fight him off. Eero was the one who learned to read the first from the brothers and he actually taught his brothers to read. My leg was the fifth this year. I got the map from Jukka who arrived at the relay-change area just in the planned schedule. My leg in the forest was filled with small mistakes. The length of my journey was about 8km and it was going around in the part of the forest which was all about open rock, going up and down, required very strong map and forest reading skills which are not my strongpoints in the sport of orienteering. But I managed to find all the checkpoints and the feeling of finding the last checkpoint, running towards the changing area, taking the map and giving it to the next brother…well, there are no words strong enough to describe it. You have to experience it yourself. And that’s why I strongly recommend everybody who has chances to participate Jukola relay in the upcoming years to bravely try it out. It is unbelievable.

Here I am, in my native place: 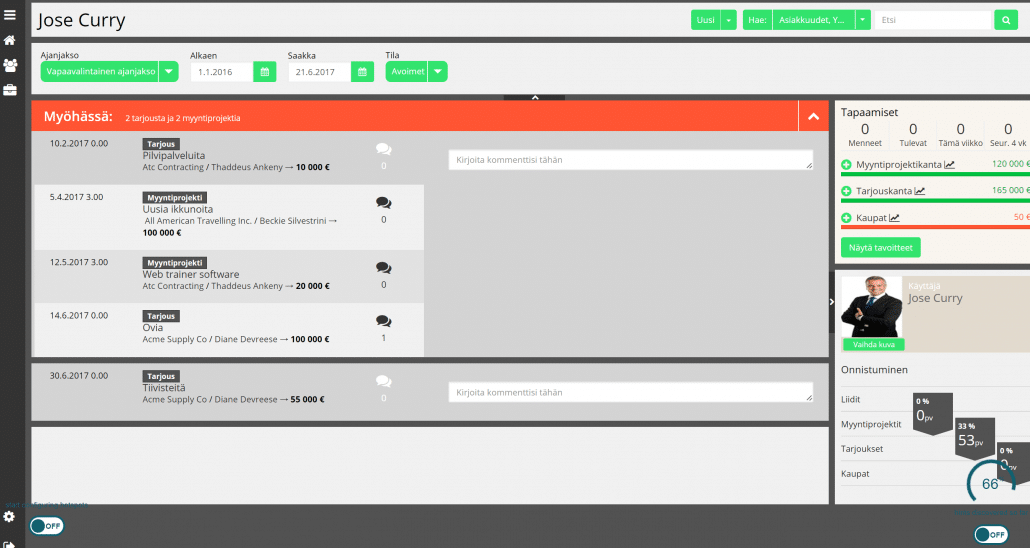 So those are the Cloudriven brothers. And how it all went this year? Well, in the final results, our team did the all-time-high ranking of 677:

When comparing to last year when they finished up in 907th position, this was a huge success and it was my pleasure to be part of this very fine team and experience it all. Here in the end, I will let the pictures talk so enjoy, live strong and happy Mid-Summer for everybody! 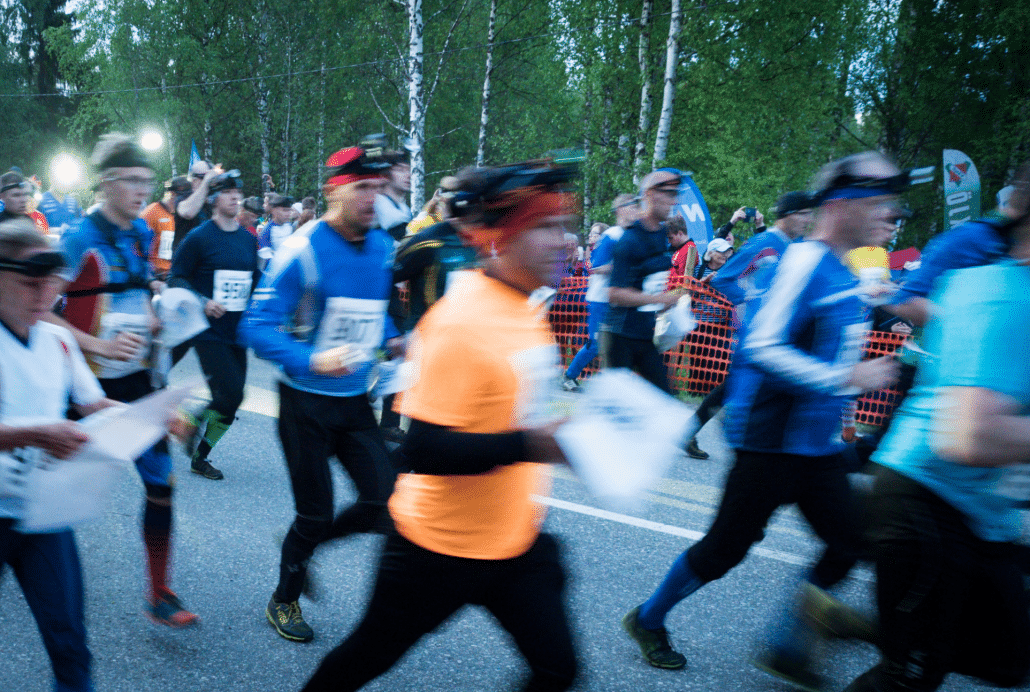 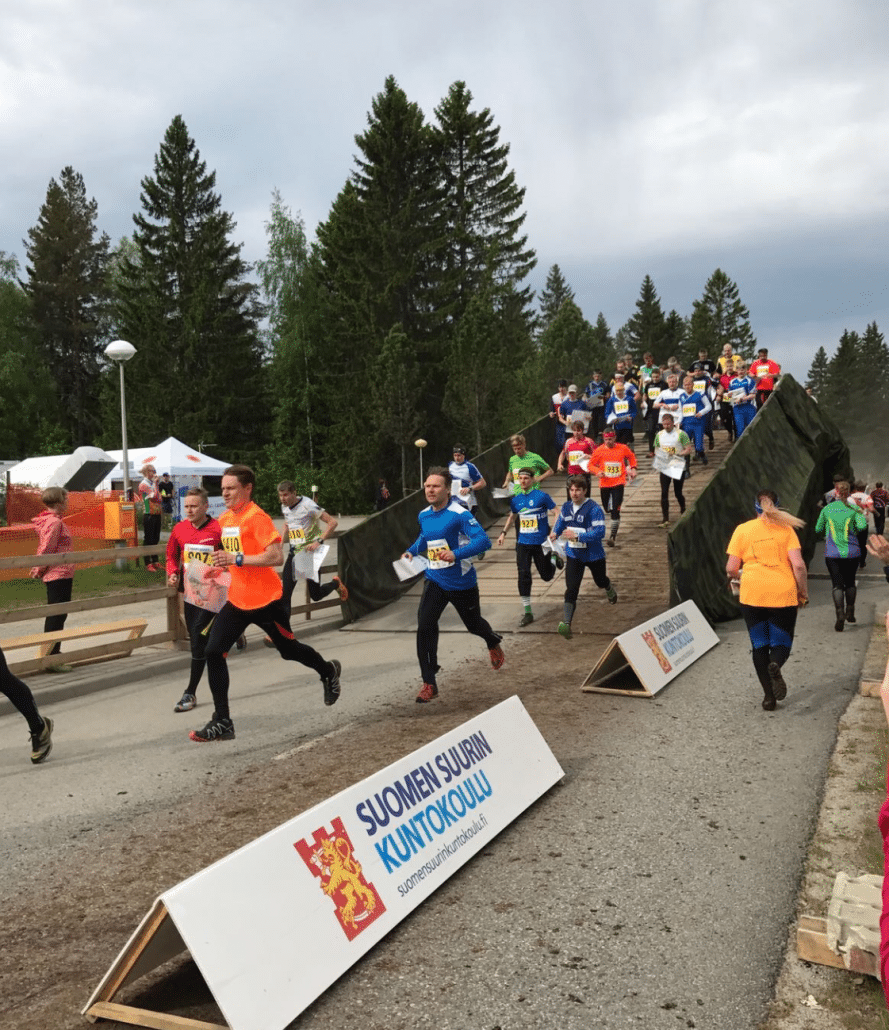 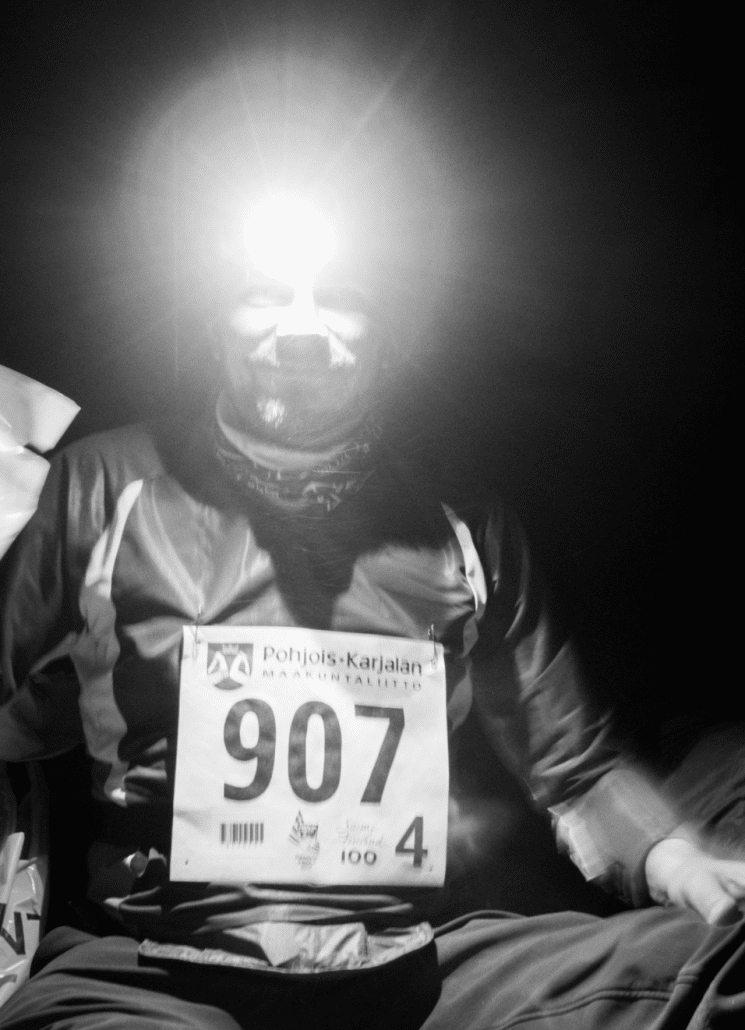 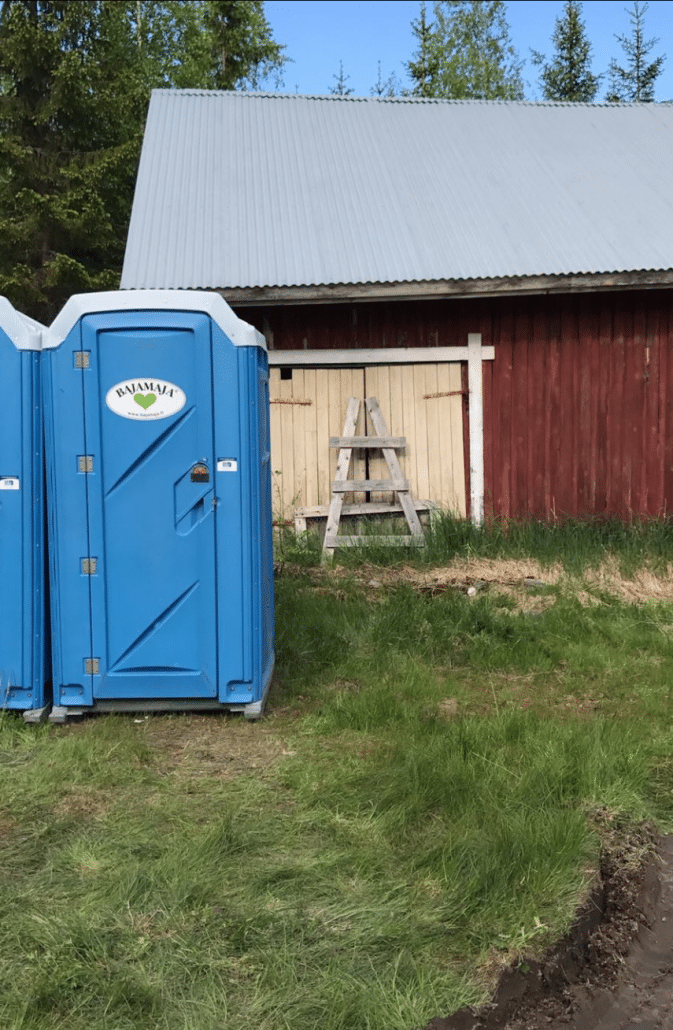 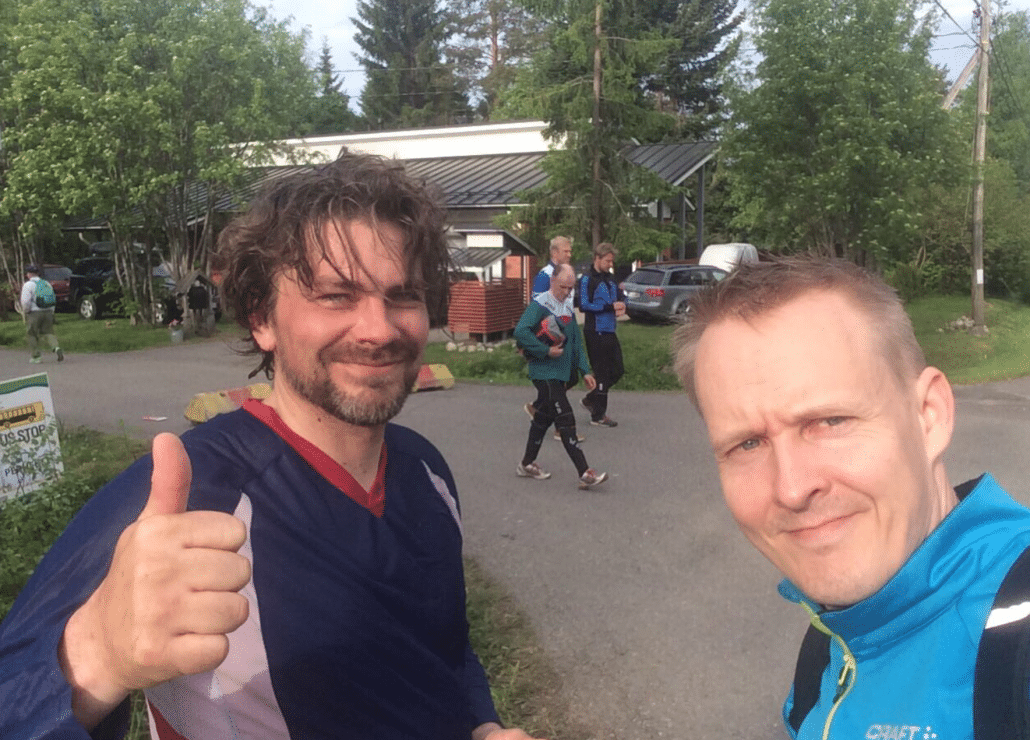 How to do a Dynamics 365 web API request using OAuth2 access token retrieved...