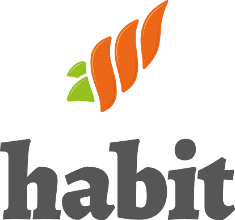 When you wake up in the morning, you don’t usually think too much of what you’re going to do next. You get up, shuffle to the toilet, brush your teeth, crawl to the kitchen, make some coffee, eat breakfast and rush to work. Everything seems to happen by itself; it’s like someone had turned your brains into autopilot.

American business reporter and author Charles Duhigg published his bestseller book The Power of Habit a couple of years ago. The book’s main conclusion is that habits guide both our working lives and our personal lives more than we can even imagine. When our brains turn on a behavior model that has become a habit, we repeat the familiar routines compulsively. Habits are not controlled by conscious decisions, because habit-based behavior has its origin in time when man had to react to deadly threats by instinct. There simply wasn’t time to make decisions.

According to Duhigg, habits follow a simple pattern which he calls the habit loop. The loop consists of three elements: the cue, the routine and the reward. Whenever we’re exposed to the cue, we perform the routine and get the reward. After repeating the habit loop enough times, we start to crave the reward and the routine will become almost like an automatic action. For example, the cue for a smoker could be the need to get out of the office. The loop arises when the smoker starts to link smoking to the reward, 10 minute break outside, automatically. As the smoker starts to crave for fresh air and a break, he picks up his cigarettes and heads out for a smoke just the way he’s done many times before.

It’s extremely challenging to get rid of habits entirely, but you can change them by finding out the cues and rewards. What is the cue that triggers the habit? What is the reward that you’ll get by performing the routine? When you know the cue and the reward, you can try to replace the “bad” routine with another one that gives you the same reward. However, changing habits requires a lot of willpower which doesn’t make it an easy task.

Successful companies know how to use habits to build efficient management and corporate cultures. In his book, Duhigg tells a story about Paul O’Neill, who managed to increase the profits of the American lightweight metal manufacturer Alcoa sky-high in ten years by focusing exclusively on worker safety. When O’Neill was appointed the CEO in 1987, he knew that it would be impossible to give the the employees orders to change. That is why he decided to focus on just one thing: Alcoa was to become the safest workplace in the world.

Watch the video for more examples of habit building.

O’Neill believed that the changes made in safety habits would launch a chain reaction within the company, which would eventually shape the corporate culture and all the other habits towards the desired direction. For Duhigg, these kinds of habits are keystone habits, as they are essential for change. Therefore, in order to be successful, your company has to recognize which habits and behavior models will open the door for change.

The name of our Habit Behavior Engine solution was not chosen by accident. That is to say that you can actually use it to change the habits and behavior models in your organization. We use repetition, reflection and rewards to shape corporate culture towards the desired direction. Don’t be afraid to ask us for more information!

Slush 2014 in Retrospect
Working Remotely or Remotely Working?
History of Gamification of Sales in Finland
Multitask Less and Achieve More
Cloudriven Challenges Management Conceptions in Slush – “Forget the Stick. There’s a New Carrot in Town”
There’s Much More to Learning Than Classes and Lectures
SharePoint Concept Based on Habit One of the Finalists at the European SharePoint Community Awards
Gamification is Efficient Tool to Manage Behavior
Menestyksen salaisuus? Miksi tavat ja tottumukset ovat tärkeitä?
Scroll to top