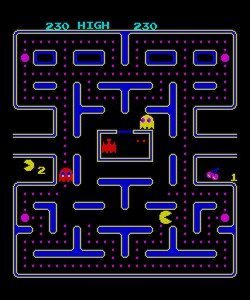 Gamification has been a hot potato in the technology business for a couple of years. But what is gamification? In 2011 Gartner predicted that by the year 2014 70 percent of Global 2000 organizations will use game elements in their applications. Game elements in business applications can be, for example, diverse scoring systems, leaderboards and ranking lists, progress bars, badges, levels and quests. In turn, Deloitte advices companies to seriously consider, if gamification would be the solution for engaging customers and personnel.

Because gamification is a difficult concept and a tricky word, I thought I’d gather up some definitions of the concept I’ve come across in the web. Lastly, I briefly open up what we at Cloudriven consider gamification to be. We’ll elaborate on our gamification concept in the next blog post.

The word gamification was supposedly first used by British coder and inventor Nick Pelling in the year 2002. Pelling’s ideas were still far from what gamification is considered to be today. Pelling used the term gamification to describe how he thought the user-interfaces of electronic devices, such as ATMs and vending machines, should be designed more game-like. He was not that into browser-based web applications; he was more interested in physical equipment and their user interface. In the pre-history of gamification you can also find Bret Terril’s blog post about social games. He mentions gameification [sic] of the web as one interesting subject that had been elaborated in the Social Gaming Summit that year.

The biggest or at least the loudest and most influential gamification guru, American Gabe Zichermann has defined gamification as the process of using game thinking and game dynamics to engage audiences and solve problems. Almost the same definition can be found in Wikipedia with the addition that gamification specifically refers to non-game contexts. Deterding, Dixon, Khaled and Nacke elaborate on this approach in their article. From all the different definitions Zichermann’s and Wikipedia’s versions are probably the most commonly used; either as they are or slightly altered.

The word gamification was even accepted into Oxford Dictionary last year:

the application of typical elements of game playing (e.g. point scoring, competition with others, rules of play) to other areas of activity, typically as an online marketing technique to encourage engagement with a product or service: gamification is exciting because it promises to make the hard stuff in life fun

As it is also mentioned in the Oxford’s definition, so far companies have utilized game elements mainly in marketing: customers have been enticed to spend more time with the company’s brand or product with the aid of gamification. A good example is Samsung’s customer loyalty program Samsung Nation where the fans of the brand can collect badges and points, review products, watch videos and see what other fans are doing. The social features found in Facebook and other social media services are important also in gamified applications.

Kai Huotari and Juho Hamari define gamification from the service marketing perspective because, as said, most of the gamified implementations aim for marketing benefits. According to them gamification refers to a process of enhancing a service with affordances for gameful experiences in order to support user’s overall value creation. The definition emphasizes the goals of gamification; previously introduced definitions are based on the idea that gamification is all about the game elements.

What gamification is not?

80 percent of current gamified applications will fail to meet business objectives primarily because of poor design.

Gartner’s report from last November bursts the gamification bubble. Gamified applications implemented in novelty and hype don’t usually meet the set business goals. The main reason for failure is poor design: too much focus is put on single features, like badges and points, instead of the user experience as a whole. With mere badges you don’t go far. In addition to extrinsic motivators (badges and points), one should take into consideration the intrinsic motivators like power, autonomy, learning and the sense of meaning (e.g. Amy Kim 2010, s. 12). It helps to get to know the different user types and some behavioral psychology.

In fact gamification is a misleading concept because in the end, gamified business applications don’t have much in common with the actual entertainment games. Like Gabe Zichermann and Christopher Cunningham remind us in their book Gamification by Design, the purpose of gamified applications is to increase long-term engagement and customer loyalty. A game in which customer’s or employee’s alter ego hunts down bogeys with an assault rifle in corporate colors is not necessarily the best way to achieve the business goals; even though it might be fun. Gamification is not about turning business into entertainment or a simple game or play. It is about engaging, motivating, training and managing your customers, partners and employees by using familiar game elements.

The predecessor of Cloudriven’s Virta was called BLARP (Business Live Action Roleplaying Game). It was the result of New Media company Satama’s and Trainers’ House’s collaboration and originally designed to bring play and creativity into workplaces. The visions were wild as you can see from the advertising video below (sadly only available in Finnish).

We were ahead of our time when we six years ago tried to bring gamification to the everyday life and management of organizations. Time wasn’t quite ready then; only a few customers took the gamified features of BLARP into full use. Now gamification is in a strong lift and customers are starting to realize its business benefits. Based on our previous experiences we have a strong lead.

The goal is to change behavior

We at Cloudriven realize that from business perspective gamification is most of all about changing the behavior of customers, partners and personnel towards the desired direction. The most important method of managing behavior is instant feedback: user must get immediate feedback of his/her actions. Gamification has so far been utilized mostly in marketing, but good examples of activating, engaging and motivating employees also exist.

Based on these ideas we are currently developing a game platform that will put your organization’s strategy into practice. With the aid of the gamification platform, management can define what activities are necessary in order to fulfill the strategy and monitor the completion of these activities. Employees, partners and customers can now achieve the set goals because they receive guidance and immediate feedback for their actions.

We believe gamification can help organizations to build up customer loyalty and share of wallet and increase significantly the employees’ feeling of inclusion as well as motivation and learning.